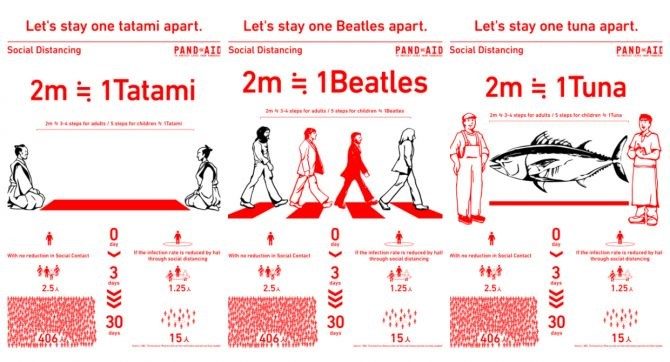 Prime Minister Shinzo Abe lifted the nationwide state of emergency in Japan on Monday 25th May.

The head of the W.H.O. stated that the Japanese response to the outbreak has been highly successful.
Japan was the center of the global news for several weeks back in February when the Diamond Princess cruise ship was quarantined in Yokohama Bay, but very little has been heard of the impact of Covid-19 on Japan in the media since then.

What is most striking in Japan are the low numbers which are the envy of most other coronavirus-stricken nations, although Japan is a rather densely populated, “highly aged” society with the world’s highest density of citizens over 65.
Compared with hard-hit areas in Europe, the United States, Russia and Brazil, Japan has been spared the worst of the pandemic, with less than 17,000 people infected and 899 deaths “only”

There have been some mistakes when defeating this invisible enemy but according to leading experts “an objective, rational analysis of the data indicates that the Japan model for tackling COVID-19 appears to have been sound and practical.”

These are the initiatives that have helped Japan contain the outbreak and maintain business and most economic activity:

1 Cluster-based approach to disease control – once an infected individual has been identified through outward symptoms such as fever, each infection cluster is traced to the original source and everyone in the cluster is isolated and treated as necessary. This precise testing means that widespread testing of the population is not required, making it extremely cost-effective.

2. Main SARS-CoV-2 virus circulating in Japan was the less-virulent B-type strain. Although it was generally accepted that each carrier, on average, infected over two others, Japanese experts found that infected individuals in Japan were only spreading the virus to one other person.

3. Japan’s original RT-PCR test appeared to be reliable — unlike those in other countries 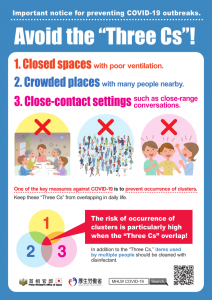 4. Test-Trace-Treat Strategy along with closure of transport routes

6. Stay-home request from the governor successfully contained the outbreak.

Other factors such as traditional Japanese behavior patterns and etiquette, wearing face masks, little communal physical contact such as shaking hands or cheek kissing and the prevailing idea that clean = good (which can be seen everywhere) have helped to slow down Japan’s fight against COVID-19.

Mie Prefecture has not been hit hard with Covid-19

Tokyo Metro area has been hit the hardest in Japan with Covid-19 – relatively speaking and comparatively little for the biggest city in the world by population (37 million). Mie Prefecture has had only 45 confirmed cases and 1 death. Considering that Mie has a population of 1.782 million people, this number is exceptionally low. The economy has not been completely shut down either.

Mie Prefecture is not highly populated and 36% of its land are National Parks. It is one of the safest places and golf destinations in the Post-Corona Era! 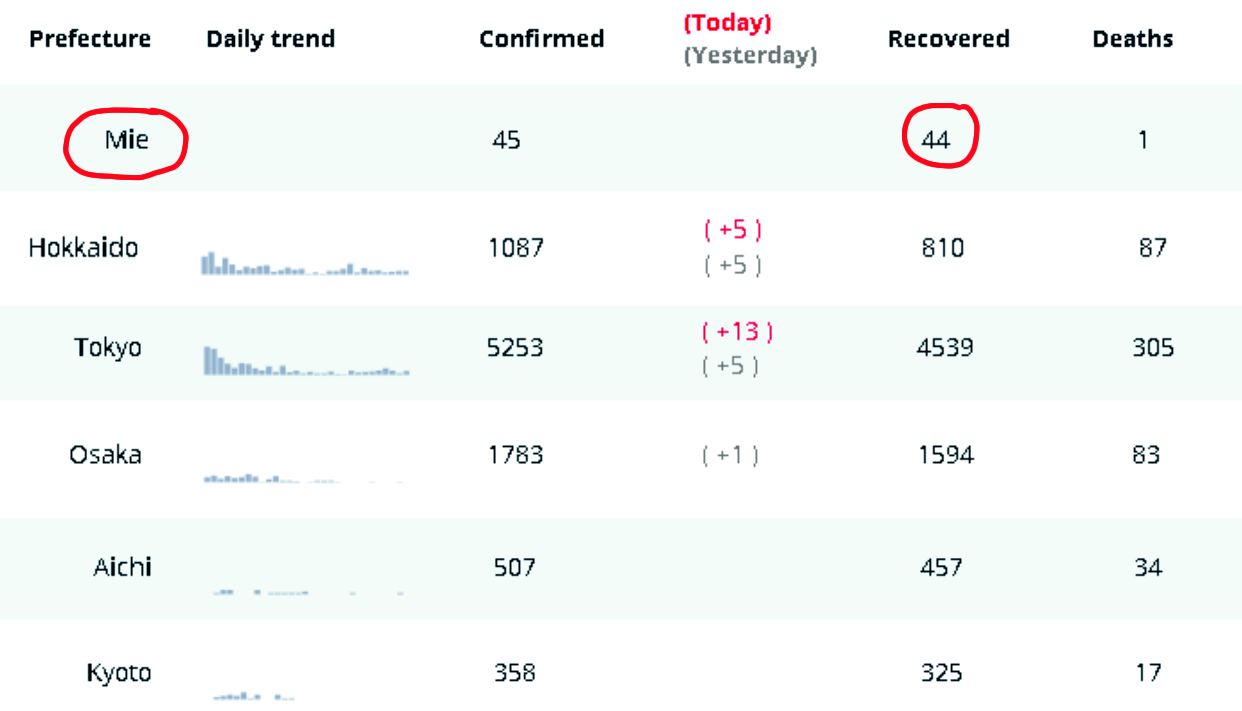 Everyday Life in Japan during Covid-19

Although the government declared a partial state of emergency on 7th April – which was extended to the whole country 9 days later, Covid -19 did not impact the people that much in Japan.
It is a part of the Japanese culture to maintain “utmost” cleanliness and people are also used to wear masks – for the prevention of a flu infection in the winter season and pollen allergy in spring season…so this pandemic did not change as much as it did in other countries.
A strict lock-down was not enforced legally as the country’s postwar constitution lays out strict protections for civil liberties. State of emergency measures are requests and instructions and violators cannot be punished. So, the government encouraged “non-essential” businesses to shutter their doors and suggested home-based work. But with Japan´s strong culture of presenteeism this was not easy to implement.

Mie Prefecture Government and the MGTO Team have partly been working remotely, going to the office in turn, reducing the number of people in the office by 30-50%.

While public transportation and other services have been largely unaffected (there was less mobility though), Covid-19 measures have impacted daily life to some extent as museums and cinemas were closed, sporting events were canceled, and cultural as well as business events were suspended.
MGTO had to reschedule Japan´s first SDG (Sustainable Development Goals) Tourism Seminar, the first golf influencer fam tour as well as the 1st Pebble Beach Golf Marketing & Business Platform at Tsu Country Club.

The government has advised people to socially distance, wear facemasks in public and go to the grocery store max 3 days a week 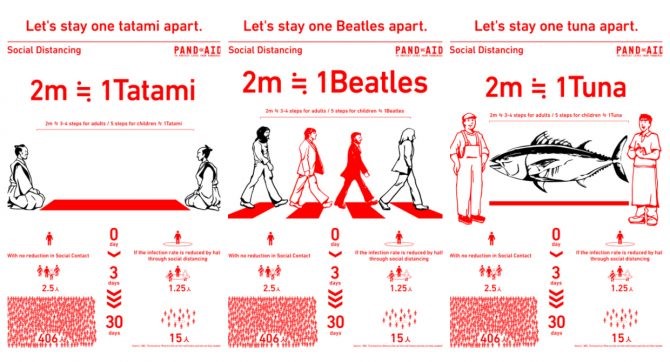 Restaurants and bars were not required to close but many have voluntarily closed or offered takeaway instead. The government also encouraged karaoke bars to close as these have been shown to be at the center of several cluster outbreaks. There have been no restrictions on visiting shrines and temples and these places have been open for people to enjoy. With inbound tourism on hold these have been much emptier than usual.

Mie´s courses are safe and in pristine condition!

Some Golf Courses closed for a short period of time but have been opened again already – a lot of work has been done to keep everyone safe and enhance the experience of the golfers even more.

Like the US, the Japanese government has been taking a decentralized approach, leaving much of the decisions to regional governors. This makes sense as the prefectures have experienced different levels of impact by the virus and the ease of the restrictions should be handled at local level.

As of 31 May 2020 Entry into Japan is not possible from approximately 100 countries including the UK, US, Canada and Australia. Click for a full list of countries with Japan entry restrictions

When will travel to Japan be possible again?

It was about 10 years ago when Japan realized that the Tourism industry is one of the important drivers for the Japanese economy. The initial goal was to increase foreign visitors to 20 million in 2020. This target was already met in 2016! So, the government revised its goal to 40 million by 2020 and 60 million by 2030, which is incredibly ambitious. But Prime Minister Shinzo Abe made inbound tourism a keystone of Japan’s future growth to turn this vision into reality. In 2018, Japan hit a new record of 31.2 million visitors and in 2019 the number of international tourist arrivals increased again.

Japan is the country with the 3rd largest Travel & Tourism Industry, contributing more than 7.4% to Japan´s economy. This year, however, International Tourist arrivals ceased in April, with the number of international arrivals dropping to 2,900, a 99.9% decrease to 2019.

Tourism is so incredibly important to Japan and the question of how and when to reopen the country safely is on top of the Government´s agenda.
We anticipate that some travel will be possible in July for travelers from Thailand, Vietnam, New Zealand and Australia. Please stay tuned as we will update you accordingly!

Our MGTO Team is looking forward to welcoming you and your clients again!

The MGTO Team can´t wait to warmly welcome you and your clients to experience everything our prefecture has to offer – all the Mie Golf Plus Experiences in addition to what´s most important right now to restore the confidence of golfers again so that they will travel again in the near future.
You have not been promoting Mie Golf Plus Experiences on your website or other platforms yet? 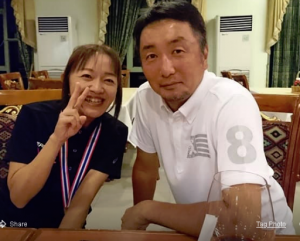 Mie Prefecture is one of the safest golf destinations in the world in this Post-Corona Era, kick- off your promotions with MGTO´s compelling messages.

Check out the MGTO website (https://miegolftourism.org/) for epic experiences and register to get access to more tools and detailed info.

Stay healthy and positive! We will come out stronger on the other side!