Senmaida means “One Thousand Rice Paddies”. The sight of a terraced rice field with 1,340 sections lined up on a 100-meter tall slope is overwhelming. This is said to be the best example of a terraced rice field in Japan, with a large number of sections that spread out as far as the eye can see. It’s one of those breathtaking scenes straight out of National Geographic magazine. This is the Maruyama Senmaida, just outside of Kiwa Town in the southern districts of Mie Prefecture.

A small number of steep terraced rice paddy regions still remain in rural Japan, and the Maruyama Senmaida is among the most beautiful and best preserved. The ingenuity and effort put in by the ancient farmers, painstakingly carved out of the hillside by hand for over 400 years, resembles the contours of a model hill in a geographical 3D representation. Small irregular shaped ponds ringed by earthen rims, fitted together like a strange step-like puzzle.

The narrowest field is just over a meter wide, and there’s about 100 meters difference in elevation between the lowest and highest terraces. Because of the steep levels, size and irregular shapes, machinery can’t be used. So, nurturing the fields, planting, reaping and maintenance is all done by hand, which is a time consuming and laborious job.

The terraced landscape is enjoyable all year round, along with the changing views with the seasons. In late spring the paddies are irrigated for planting, and on a still day, the landscape mirrors the sky, the clouds, the surrounding hills and forests. By mid-summer the rich green of the growing rice become the most refreshing sight to hold. Autumn sees the ripping of the rice, turning the terraces to a stunning golden yellow, coupled with its bright contrast and the deep greens of the surrounding trees and mountains.

Mushiokuri is one of the symbolic events conducted in Maruyama around June and July every year. Although originally a pest control event up to 1953, it has been revived in recent times with great festivity for good harvest. It’s a sight to behold after dark which ends with a big torch being fired. This spiritual and traditional event and magnificent natural view make you feel the strong engagement between rice and Japanese people. 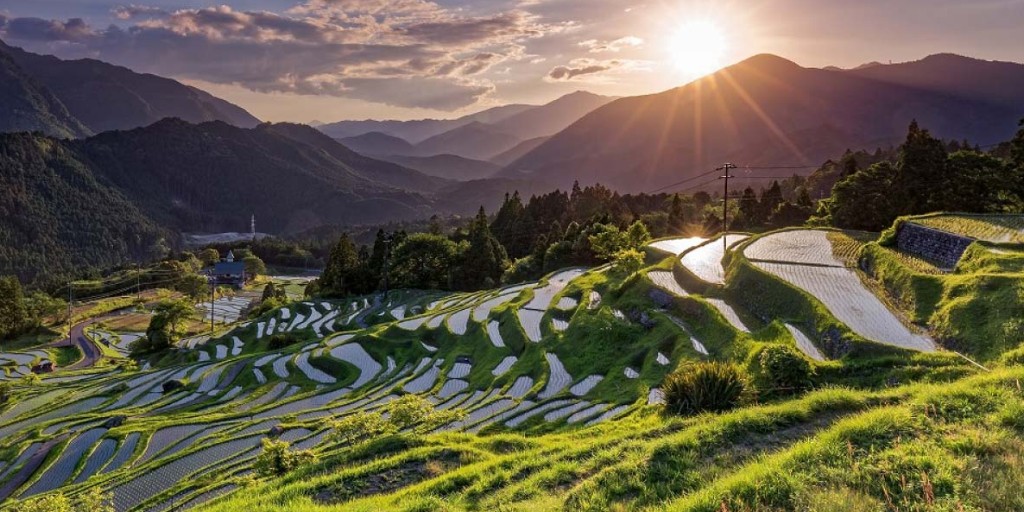 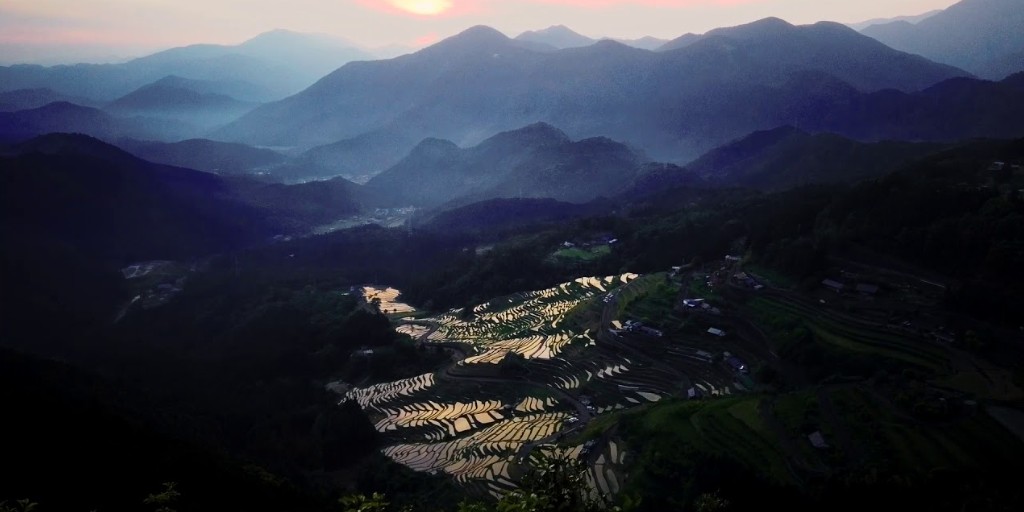 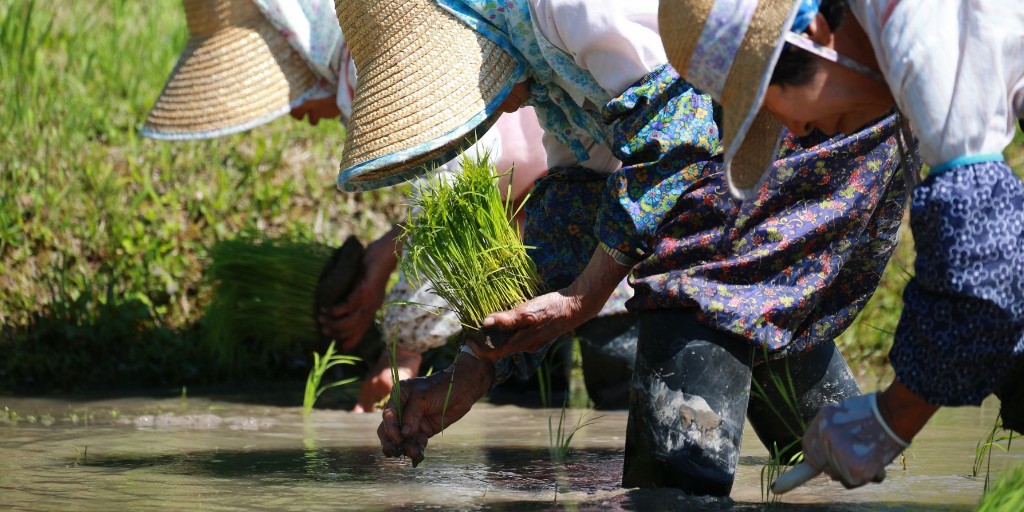 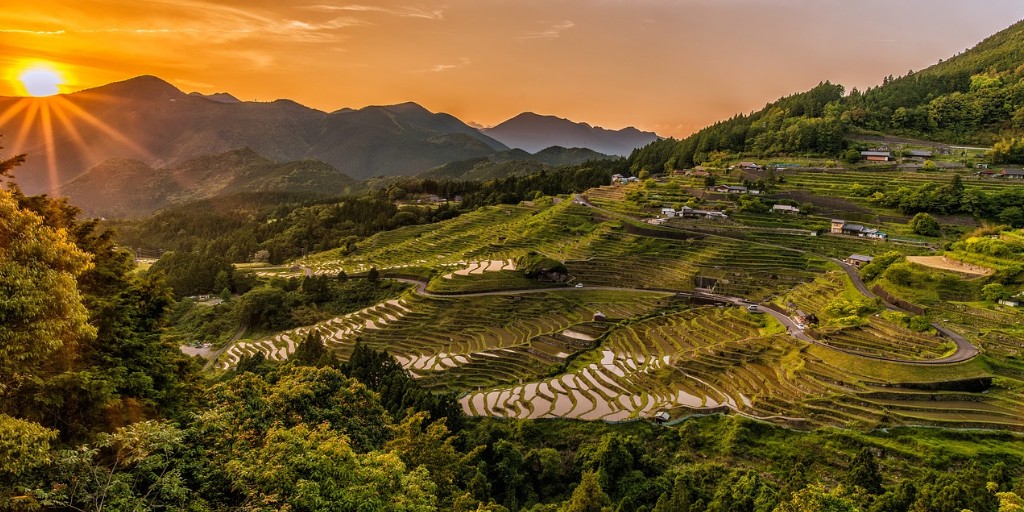 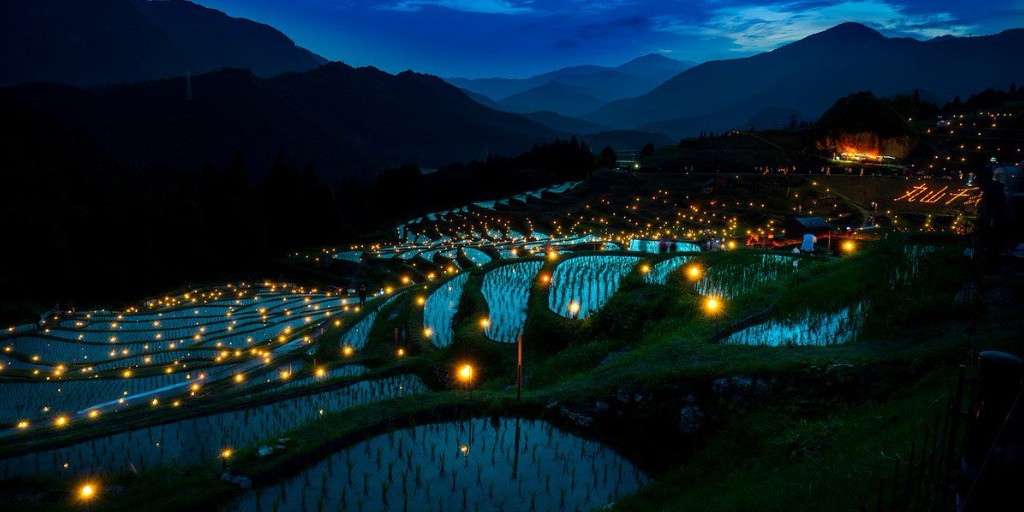 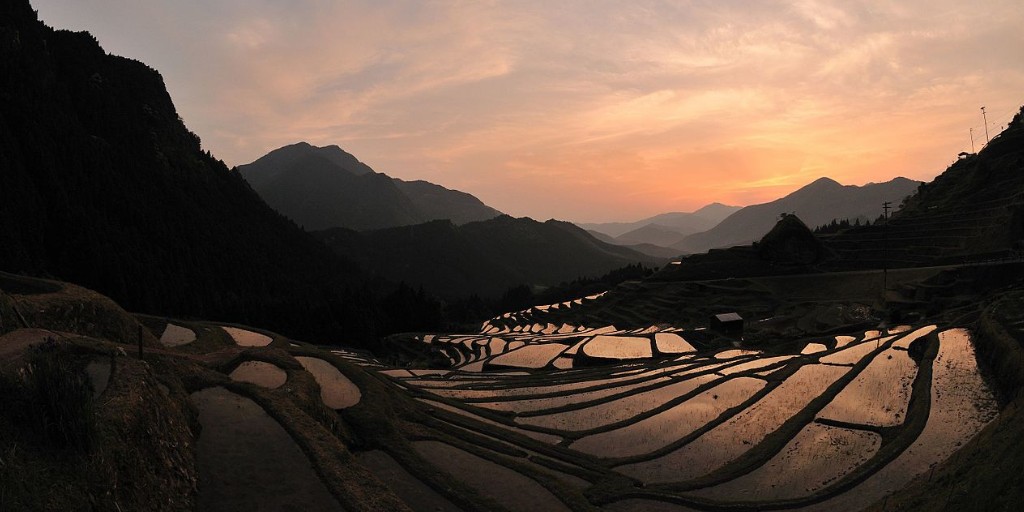 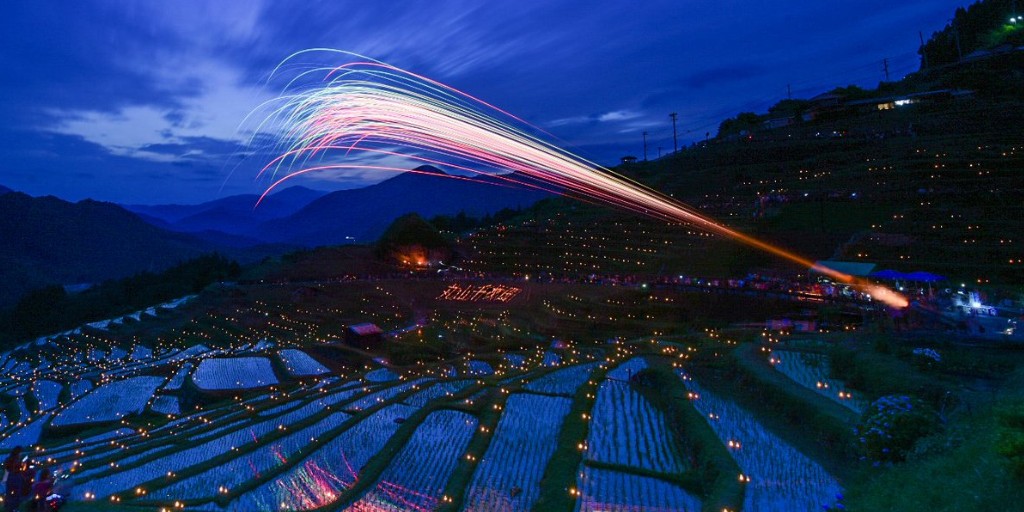 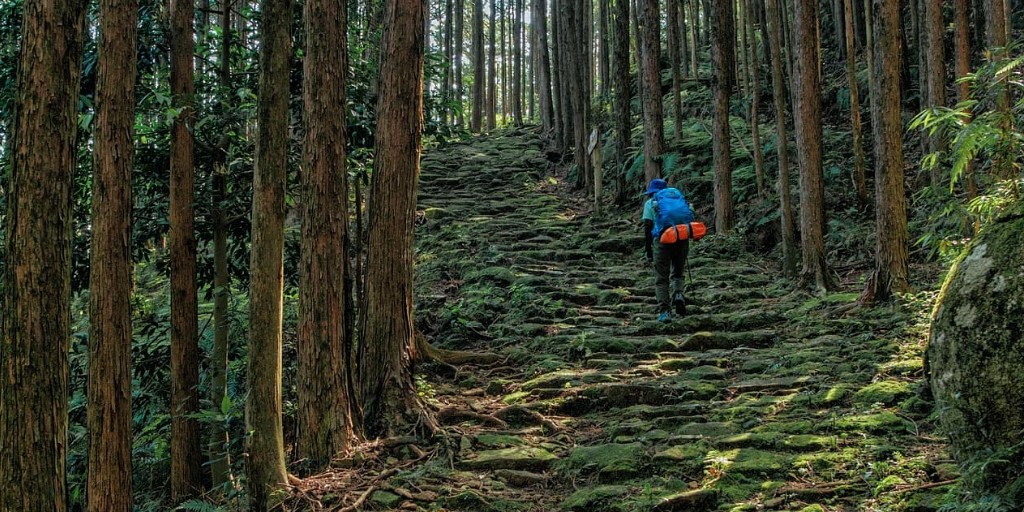